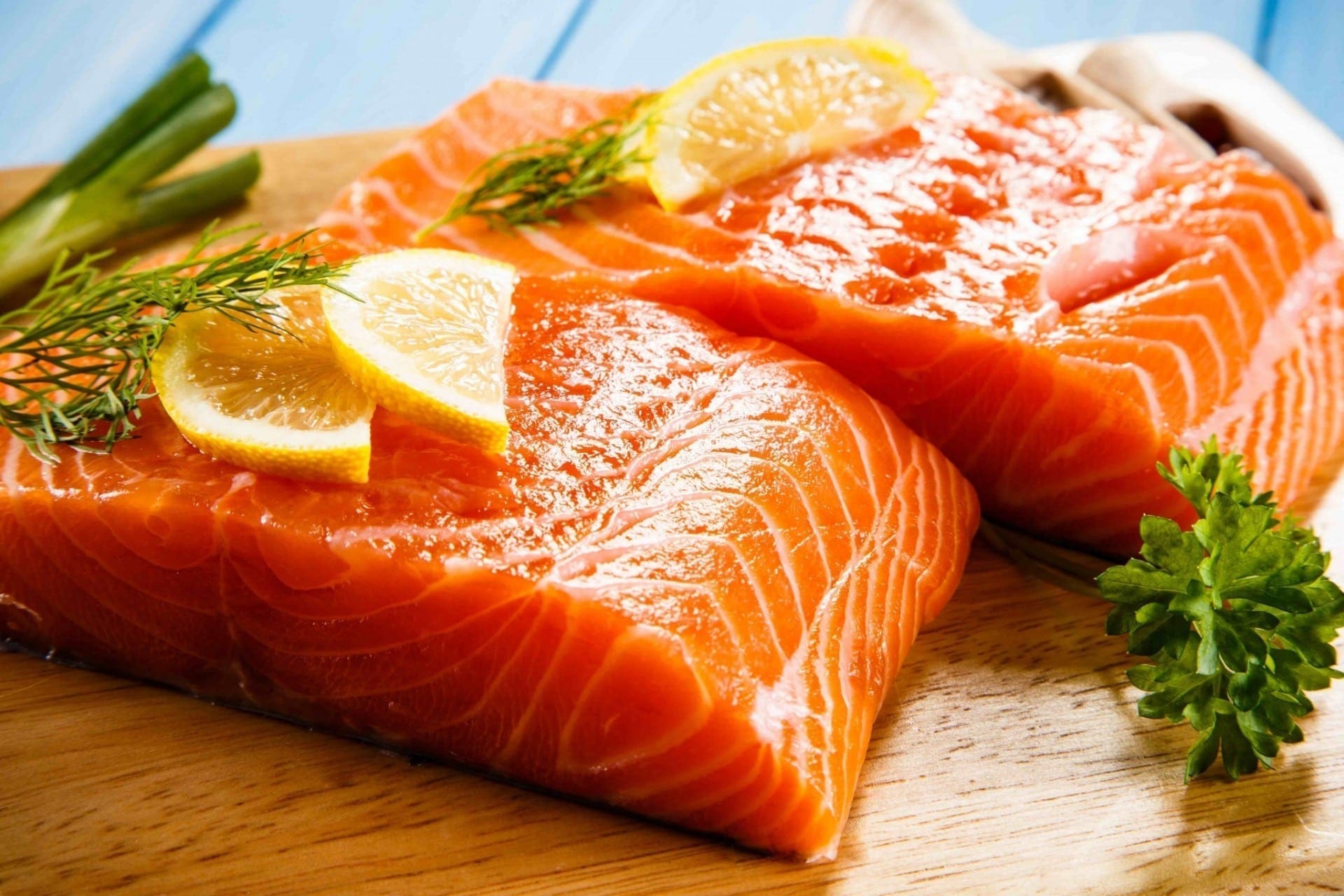 Our days of eating wild caught fish are getting numbered with dwindling fish supplies caused by overfishing. The fish that is available is increasingly contaminated with mercury and with other persistent organic pollutants (POPs) like Bisphenol A caused by the huge amount of plastic that has ended up in our oceans.

All fresh and smoked salmon available in Australia is farmed. Farmed salmon is an attractive alternative and may well bridge the gap we need to boost our omega 3 content. There are some pros and cons to eating farmed salmon which we’ll discuss in this article.

This is a result of the change in their diet – farmed salmon used to be fed on pellets made form small fish like anchovies and sardines, however a reduction in supply of these fish has lead to other feeds being produced. These newer generation feeds can contain, soy, barley, algae, trimmings from seafood processing, insects and leftovers from processing almonds and pistachio nuts. There is also a genetically modified yeast that produces omega 3 that some salmon farms are using to bolster omega 3 levels.

This UK study found that farmed salmon that were fed on more vegetable oils were indeed lower in omega 3 than those fed on fish oil rich pellets. It also found that the omega 3 concentrations in the fat of wild caught salmon was higher. Even given this, the nutritional content of omega 3 per 100g was higher for farmed salmon due to the higher fat content of the fish.

Because fish can bio-accumulate toxins through the food chain it’s important to look at levels of mercury, dioxins, PCB’s and pesticides. Toxins levels correlate mostly with the feed given to the fish but also the environment they are grown in. This Norwegian study found that over a 13 year period from 1999 to 2011 contaminant levels of mercury, arsenic, dioxins, PCB’s and DDT had reduced, however pesticide levels remained steady.

In this British study, they found that there were higher heavy metal concentrations in feed than there was in the farmed salmon. Mercury showed a slight degree of bio-magnification – meaning that it could be transferred from feed to salmon. Other heavy metals like lead and cadmium did not transfer across and became less available through the fish. The study found that overall mercury levels in farmed salmon were well below safety guidelines.

In this human study participants ate 380g of farmed salmon a week for 30 weeks and then tested for mercury and POP levels. No increases were found in these toxic compounds as a result of consuming farmed salmon.

Because of the decline in our fish stocks we’ll need to watch this space as new fish feeds are being trialed constantly and they will determine the quality of the end product. With the increase in man made toxins and POPs studies will need to be conducted regularly to ensure that farmed salmon remains safe to eat.

Want to learn more about toxins in our food supply? Come along to our environmental toxins workshop. View our upcoming workshop timetable here.